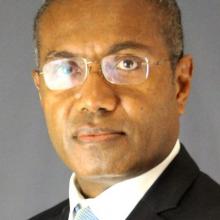 Hon. Peter Kenilorea Jnr was elected into parliament in December 2019.  He had previously served in various capacities at the United Nations Secretariat in New York, United States of America and Suva, Fiji.

Prior to his election to parliament, Kenilorea Jnr was the Permanent Secretary of the Ministry of Foreign Affairs & Trade, a position he was heavily recruited for while still serving at the United Nations.